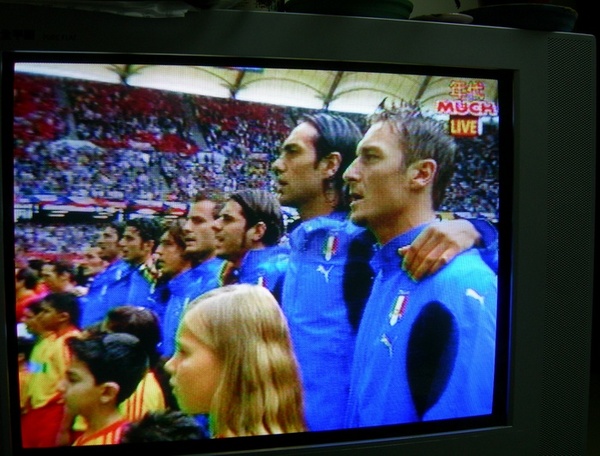 Take care yourselves, I love you.

AS Roma striker Francesco Totti said on Friday that he had retired from international football.

Totti, who made 58 appearances for Italy scoring nine goals, said he was taking an extended break from the national team after they won the World Cup last July and he has now decided to quit the Azzurri completely.

"The word finished is ugly but I have taken this decision to end the chapter with the national team for various physical reasons and not technical," the 30-year-old told a news conference.

"I have weighed up for a year after the World Cup what to do and I have decided to finish with the national team in order not to create problems for the Azzurri staff. I am sorry, but health is the most important thing."

Totti broke his ankle last year and was rushed back for the 2006 World Cup in Germany. He was expected to have to undergo another operation during this close-season to remove a plate put in to help the ankle but doctors said recently it was not needed.

One of the most gifted players in the world, Totti has never fully achieved his potential at international level despite his World Cup winners' medal.

The one-club man, idolised by Roma supporters since making his debut aged 16, was arguably in the form of his life last season even with the plate in his ankle.

He was Serie A's top scorer with 26 goals and earned the European Golden Boot as Roma finished second in the league behind Inter Milan.